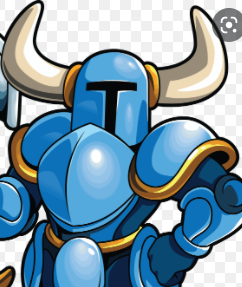 Shovel Knight is known for exploring the depths of The Backrooms, however, surely his suit would get dirty, so today, I’m going to explain why I think it should be Okay for Shovel Knight to wash his armour in The Backrooms.

His armour would obviously get dirty, whilst fending off all those knights and entities. However, many people disagree that he should be allowed to use a washing machine on his suit of Armour, due to the fact that metal plates would damage the Washing Machine, as well as the Armour getting rusty, right?

However, here’s how I tackle that problem. My first solution, If you think he shouldn’t use a Washing Machine, you’re forgetting he’s in The Backrooms! Washing Machines there, are able to fit houses! They can also certainly withstand Shovel Knight’s armour, as the insides are coated with a thick layer of smooth titanium, making it viable to even wash dragon scales! My second, the special liquid produced from the Washing Machine is also able to wash metal without it rusting.

Recently, the “Level 0 Mystery-Solvers” had reported a new anomaly. Two members of the colony had been researching Level-0 (Atlas and Noah), in hopes of any coordinated way of getting back to reality. They had unintentionally stumbled upon the discovery of a Washing-Machine. Noah had noticed that the Washing Machine was unusually large at a distance. (Of course, that wouldn’t be so surprising in The Backrooms). As they approached the anomaly, they had realized that the Washing Machine scaled to the size of a house! With this information, they quickly charted it down, and sent the discovery to The Level 0 Mystery-Solvers. Once they had received contact from another member, they were told to examine the properties inside of the Washing Machine. Atlas went inside whilst Noah documented what Atlas could see. The problem was, Atlas wasn’t able to see anything. Noah noticed a flashing-light on the Washing Machine, he wanted to press it, but was worried it may cause unwanted events, knowing the strange properties of The Backrooms. He had told Atlas to step out, once Atlas was out, Noah pressed the Button. Suddenly, the inside of The Washing Machine burst with light, Atlas peeked inside, seeing an endless, cylinder-like corridor, coated with metallic walls. They noted that the inside of The Washing Machine was larger than the outside.

I hope I have explained why I think Shovel Knight should be able to wash his armour in a Backrooms-Washing Machine. So, unless you’re fighting dozens of knights and entities, think twice before you think you can judge whether someone can wash their armour. 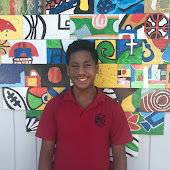 Talofa Lava! My name is Austin, I am turning 12 this year and I am a year 8 at Pt England School. This year, my teachers are Mrs Stone and Mr Moran. I am fully Samoan, resembling most of my family and culture. Our topic for this year is Tiaki Taonga meaning Cherish Our Treasures.

Some of my hobbies include Programming, Art, Animation and Writing. So far, I am able to use a few coding sites, which mostly consists of an easy to use coding site called “Scratch”, which I recommend to any Programmers that are just either just beginning or even experienced. I am currently learning Minecraft modding, using a variety of different coding techniques and I’m beginning to learn Python and Java. As a result of my programming knowledge, I hope to succeed in a career which accepts my talent.

I hope you enjoy reading my blog, please remember to leave a comment!

Who is visiting this blog?